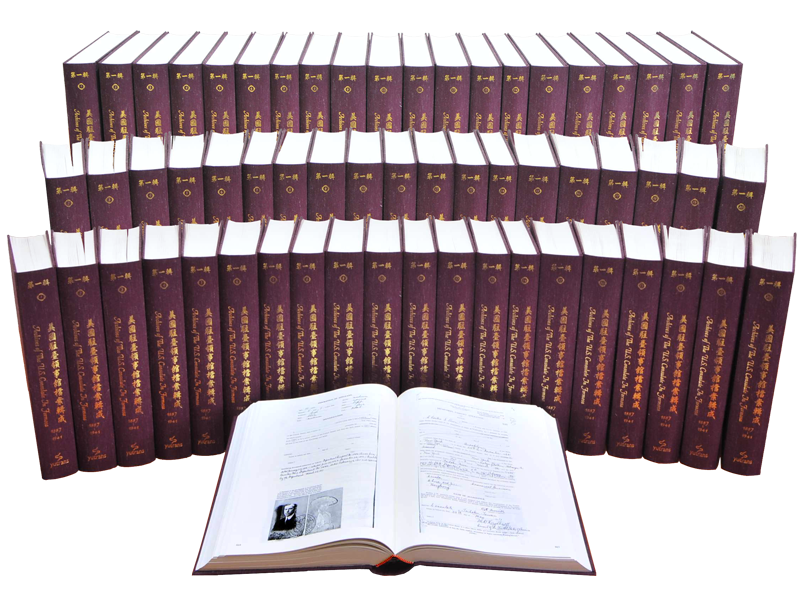 The Archive of American Consulate in Taipei 1887-1941 unlocks a vast trove of important official documents collected by National Archives and Records Administration, NARA. Those documents generated by American consular officers from late 19th century to mid-20th century covered overseas affairs, business, trade, local politics and economy, intelligence and so on.  Most documents were in letter format with attachments like photos, images, forms and statistics.  These official documents were submitted by the staff of diplomatic missions in Taiwan to the State Department 70 to 120 years ago with detailed records regarding activities of foreign countries like the U.S., Japan, Britain, German, and Netherland in Taiwan.  These records are very valuable for the study of modern Taiwan history in various fields such as economy, education and society.

2. Exclusive reproduction of the scattered and valuable diplomatic records

3. Professional editors to review and reproduce images in high resolution